Three Keys to Getting your Rezoning and Project Approved–Part 1

3 Powerful Keys to Successfully Getting Your New Project & Zoning Approved

How interpretation, correlation, and amalgamation can open the pathway to zoning approval

Zoning can make or break your development plans.

Every land and commercial property owner should know that local zoning regulations and the local governing entities that steward them hold many of the cards that can dictate the value of their property. These entities can either be the bane of their existence or their best friends.

While it can be argued that zoning laws exist to protect and preserve local businesses, residential neighborhoods, and the character of a community, some will say they can also stymie growth and investment.

With today’s rapidly changing demographic trends, shifting consumer shopping patterns, and evolving retail and work panoramas, landlords and property owners across the country are seeking to strategically reposition and repurpose their land, retail centers, office buildings, and other commercial property.

Visions of more profitable land use, repurposed and modernized buildings, and new live/work/play developments replace outdated abandoned malls, empty lots, and vacated storefronts on ambitious site plans across the country. Many of those visions, however, may never be realized.

The biggest hurdle…getting the new land use and zoning approved by the local governing body whether that be a planning commission, board of aldermen, or a city council.

Dealing with local zoning regulators can be a complex obstacle course of citizens groups, businesses, egos, and the past lying in wait, ready to trip you up. Three strategic keys, however, can open a pathway to successfully reach the finish line and get your site plan approved.

Achieving clarity on where you are starting begins with gaining a comprehensive understanding of the existing zoning laws. It is essential to recognize, however, that the zoning laws go beyond the written word. Their true meaning is defined by the governing body’s interpretation.

To garner some insight into how a governing body views and is interpreting the current zoning legislation, look at the projects that have been approved and rejected over the last 12 months.

This analysis will reveal direct lines of logic, resistance, and consensus that have set precedent, reinforced or loosened parameters, and more clearly defined a potentially passable pathway for your project. More importantly, it will save you time, money, and aggravation.

To get started, consider the following: 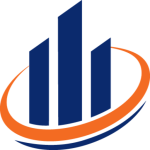